Another Sunday, another hike. This time I’ll be joining the UNSW Wandering Society to bushwalk the Illawarra Escarpment track. (Yes, I am back in University studying part time!)

Everyone gathered near central station at 10am, to take the 10:29am train which arrive at Coalcliff station at 11:44am. I was surprise by the late start (I guess I preferred to hike early morning), nevertheless, the walk was about 16km so I expect this to be 5-6 hours considering the group size we had (nearly 50 people). Unfortunately, majority of the group had to use the toilet as soon as we got off the train, and there was none nearby (station’s toilet were locked), so half of the group went in search of the toilet, whilst the other half waited patiently in the station.

Did I say patiently? I was mistaken, as the half that didn’t use the toilet started the walk. (Otherwise it was an hour wait). So let’s start! The first 2km of the walk is quite challenging, as it is mainly an uphill climb. The group that I was in, some of them started to drift further away. Our half of the group got cut in half again, and we continued walking, deciding to eat lunch near the first lookout point at the top (Mount Mitchell).

We decided to keep walking, whilst stopping at lookout points for longer period of time to allow people to catch up to us. By the 3rd lookout point, we figured that there was no point waiting so we continued the walk. There was about 15 of us. There’ll be plenty of bush that you’ll walk through, also watch out on the group for any roots that sticks out, otherwise you’ll trip over or roll an ankle. Here’s some pictures of what you can expect, pretty cool right? 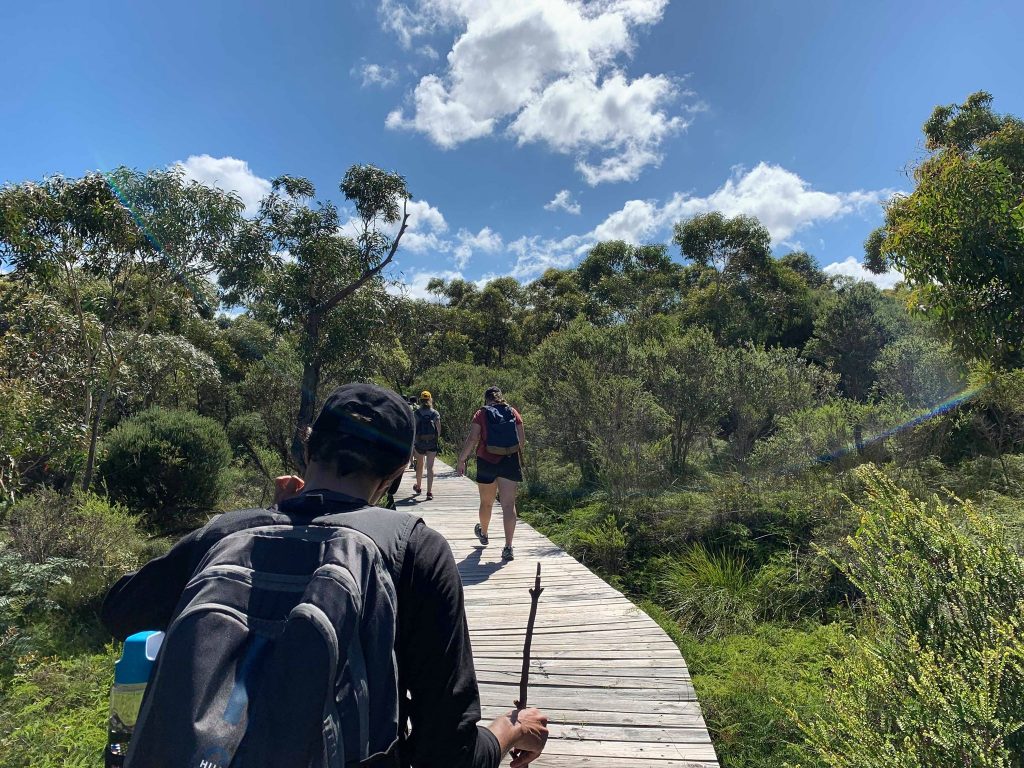 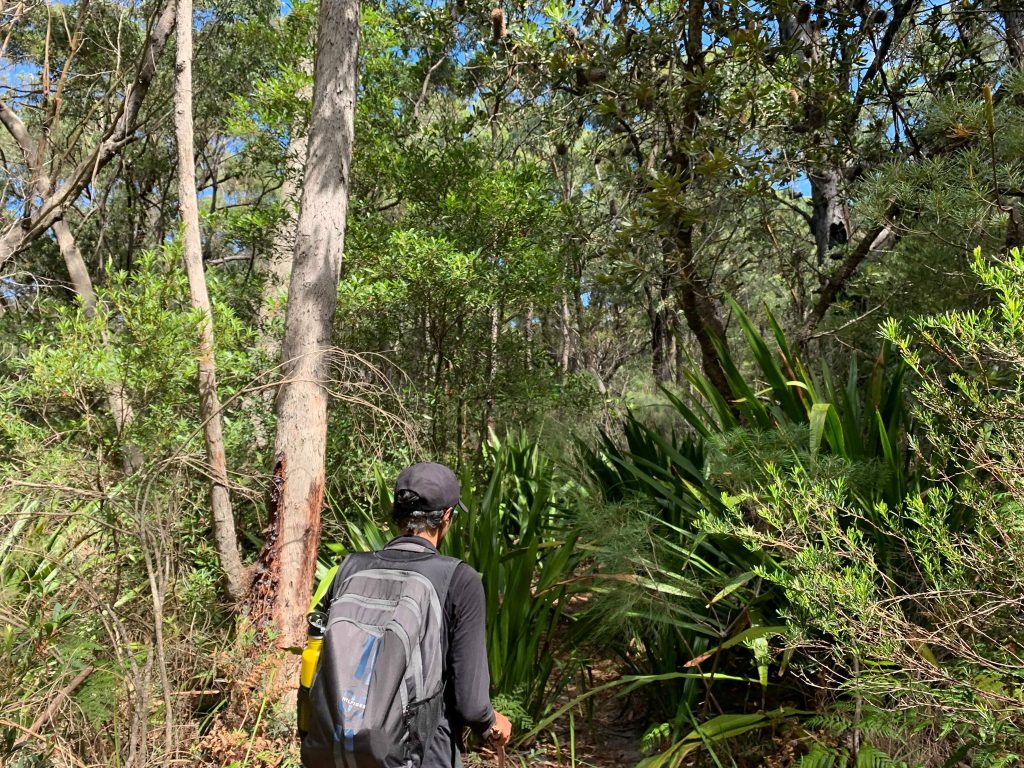 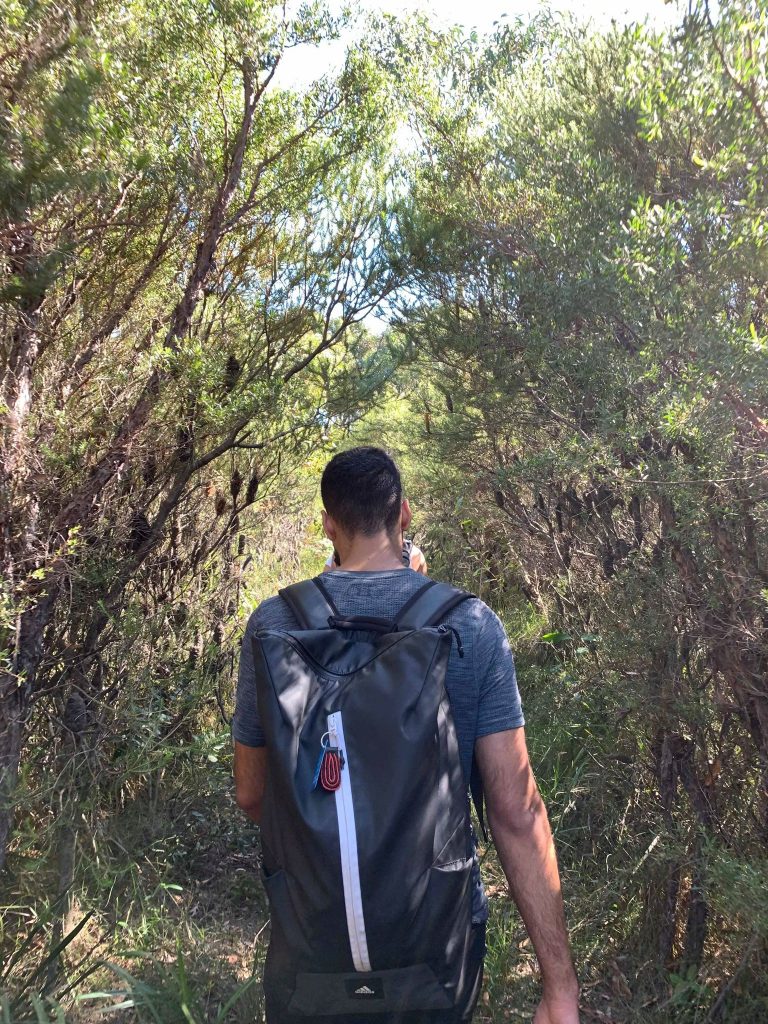 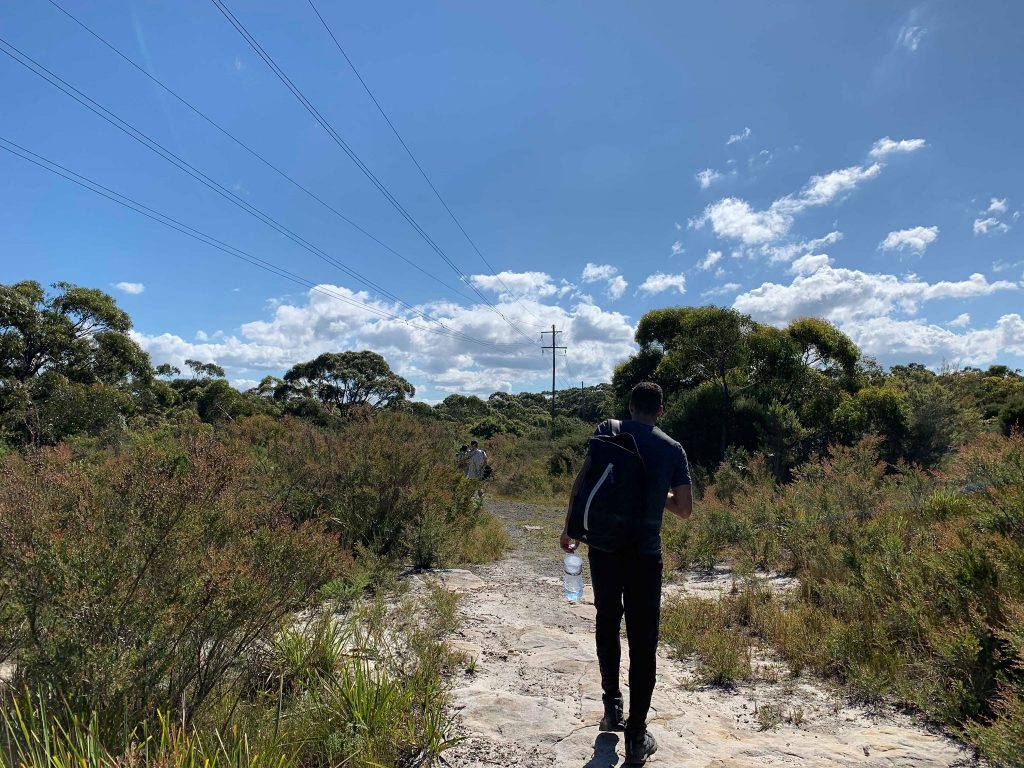 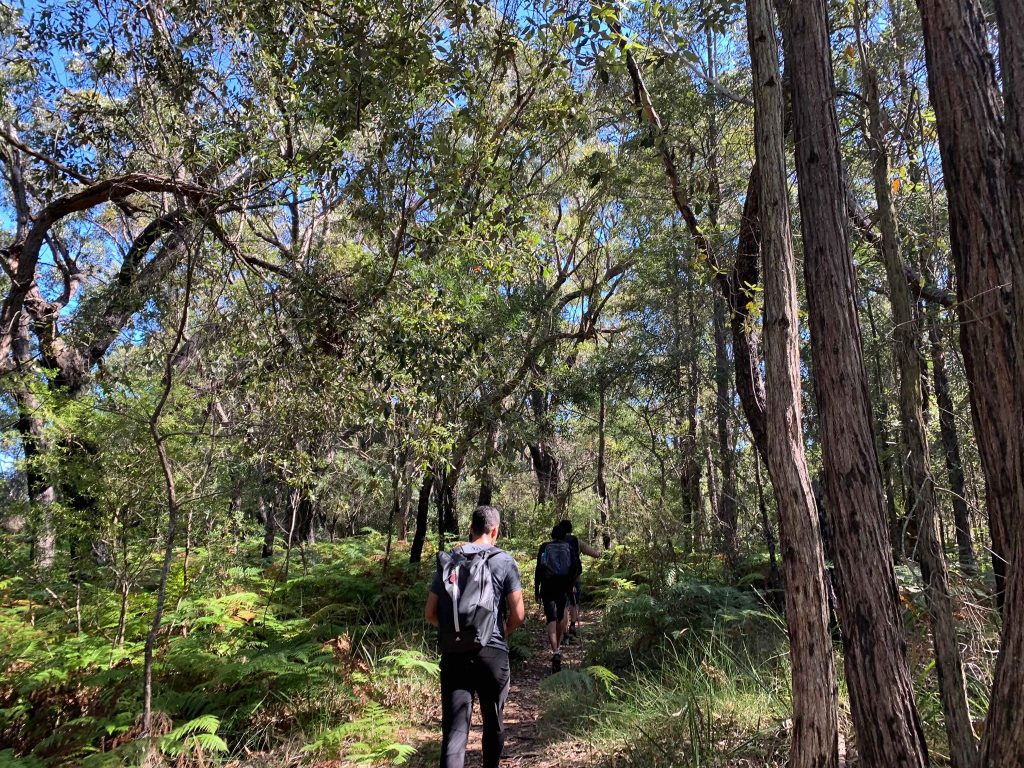 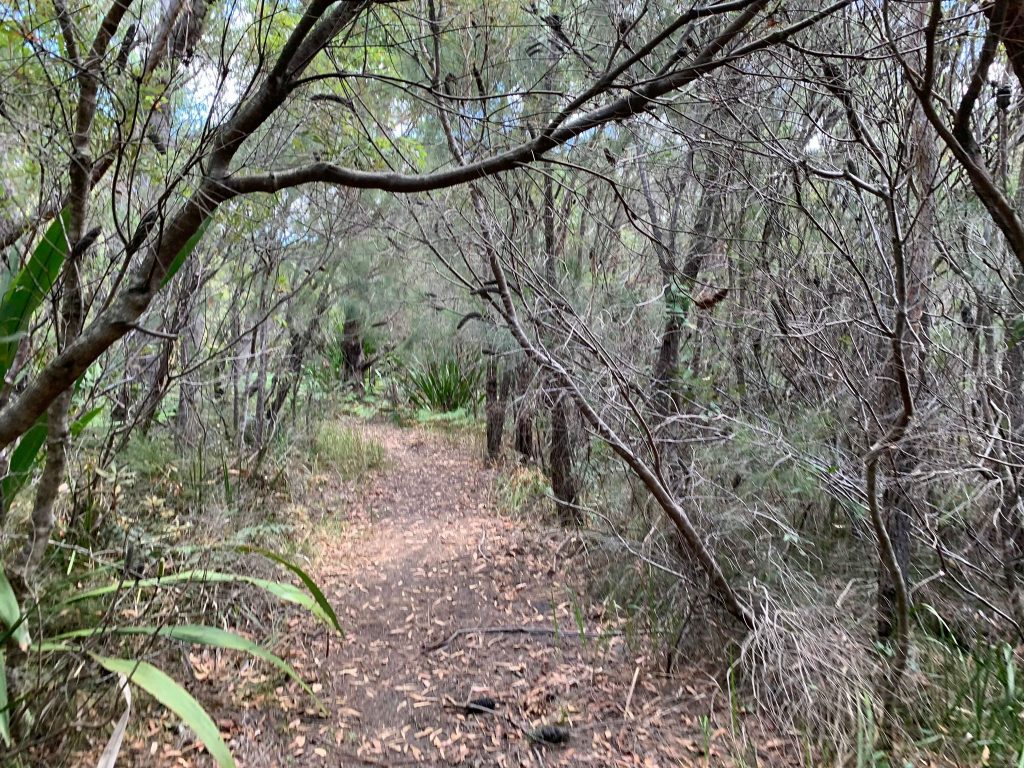 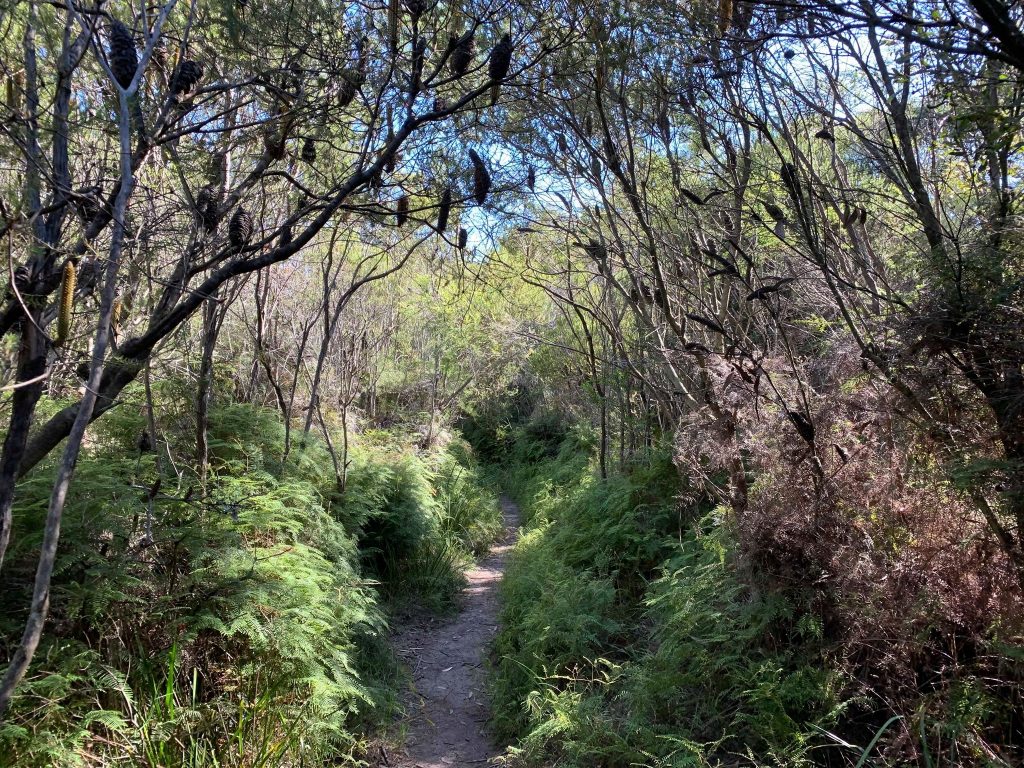 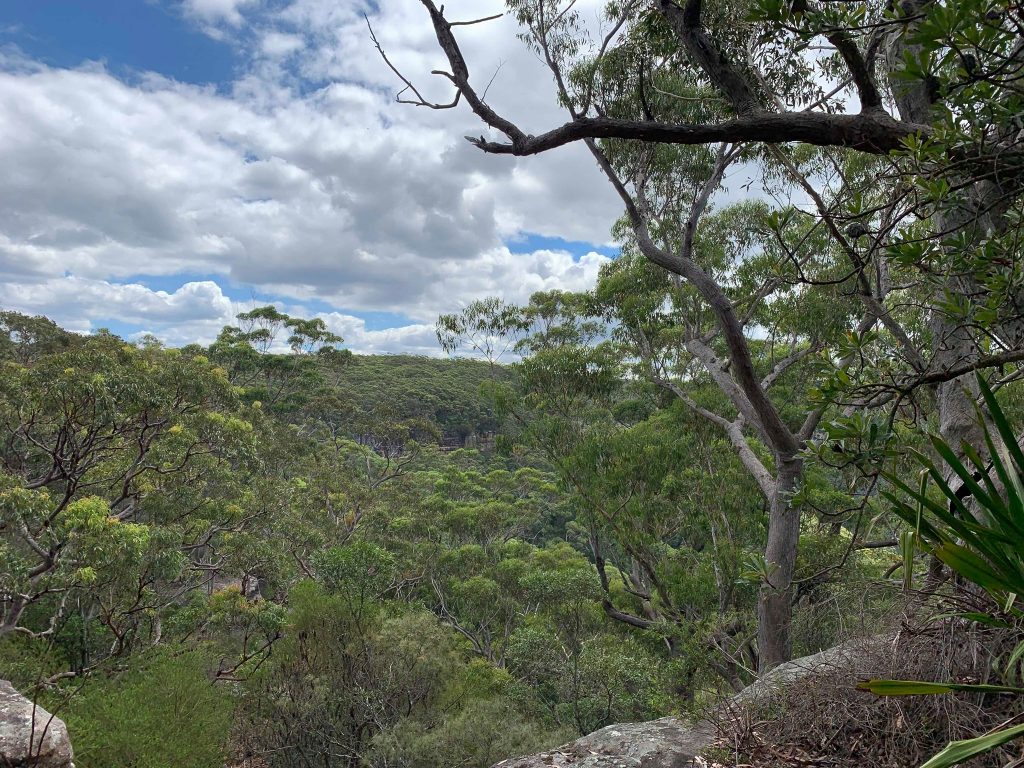 At around 4:20pm, we arrive at sublime point! 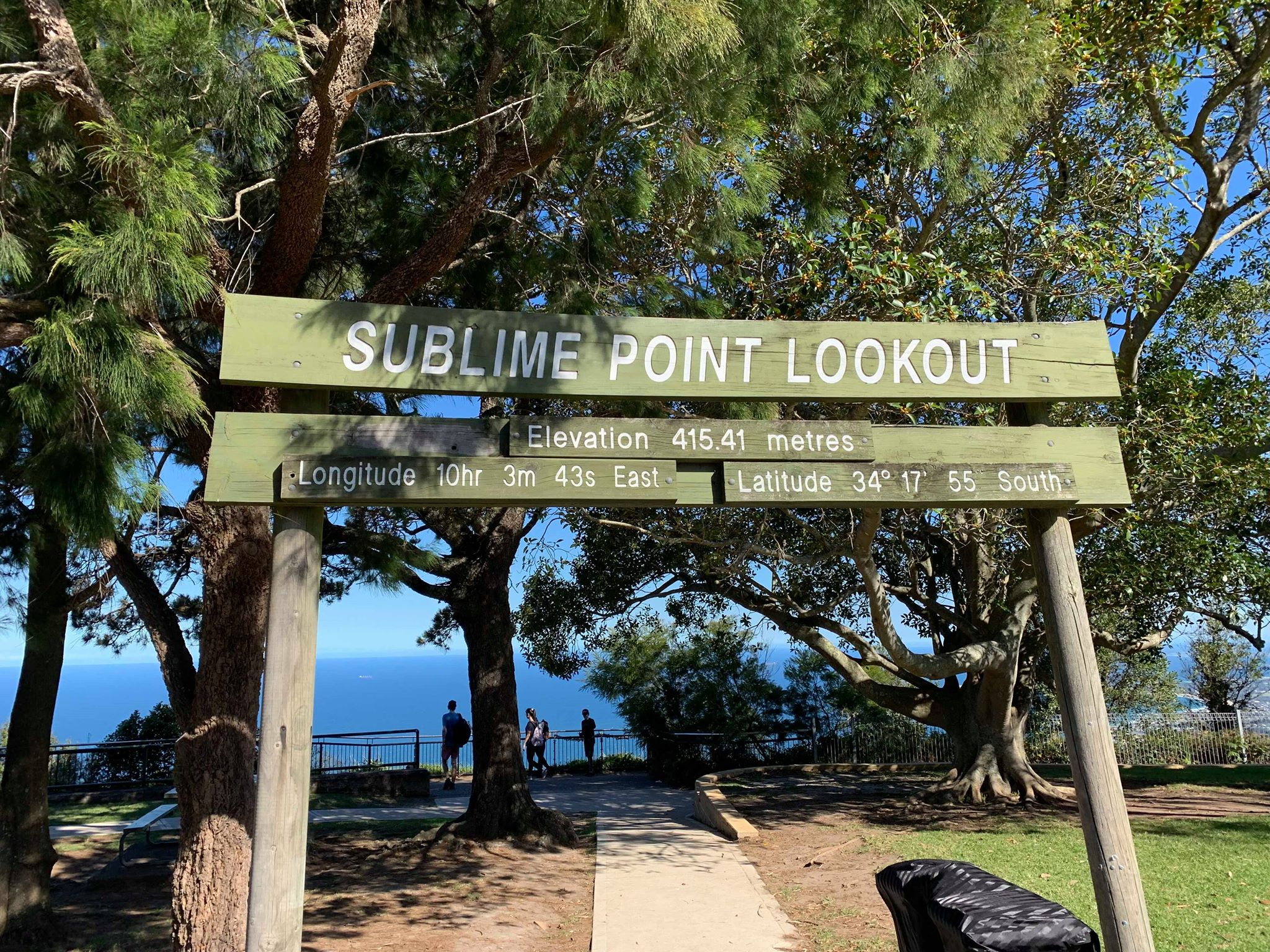 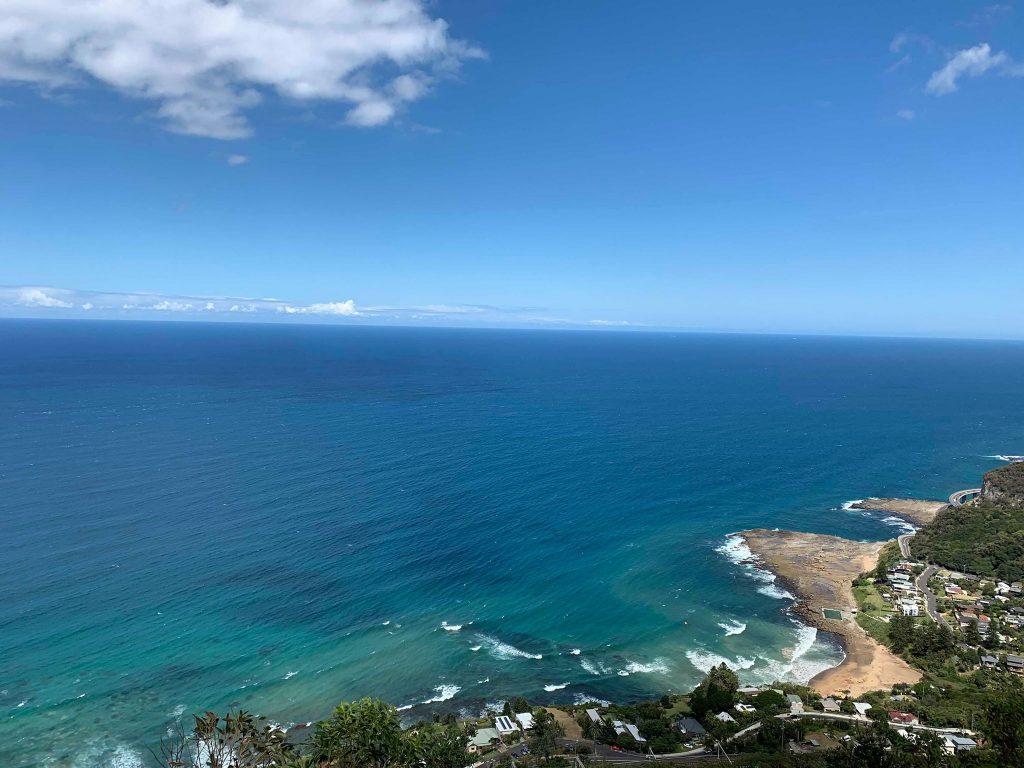 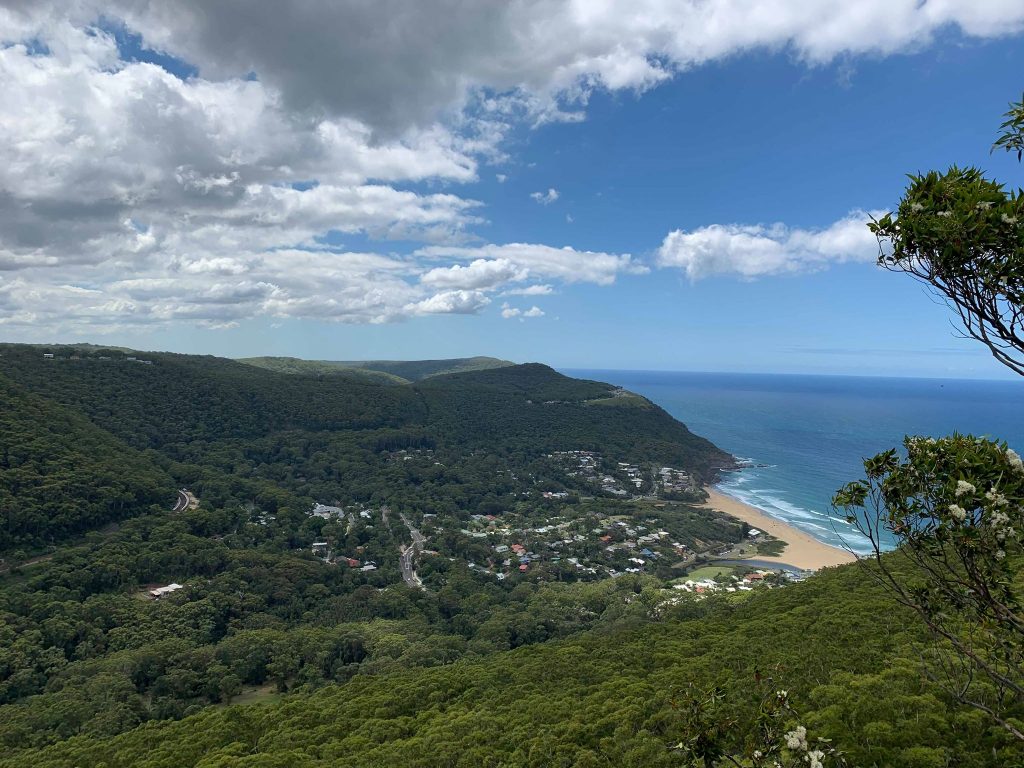 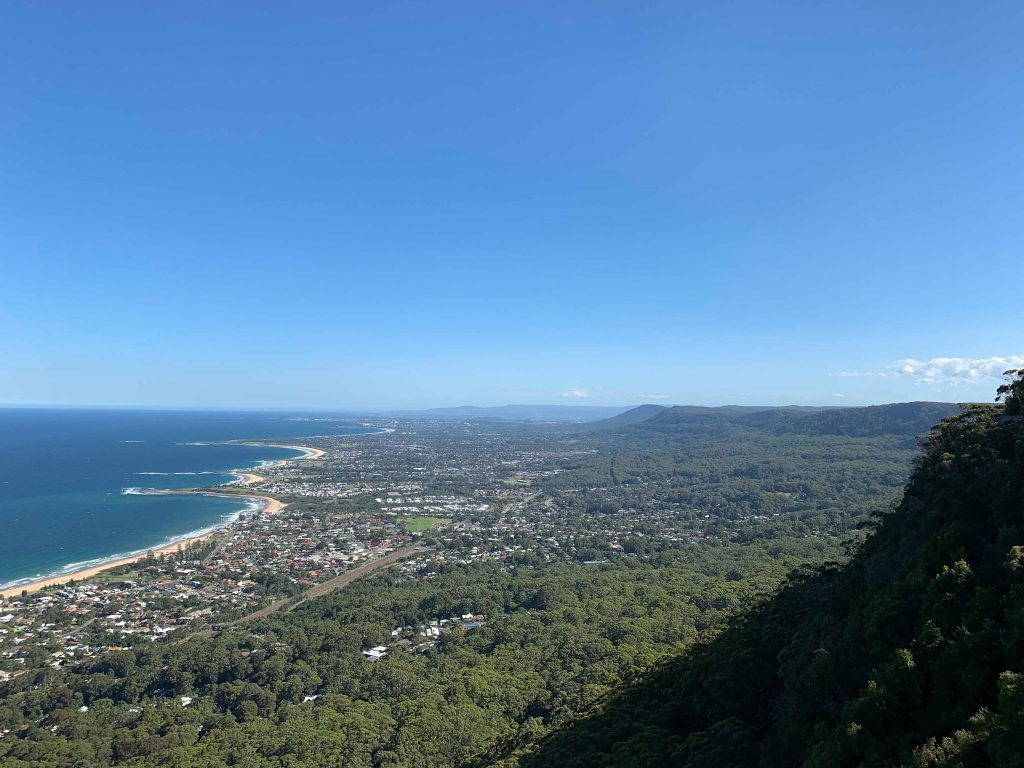 We just got word that the group that used the toilet, had just finished the first part of the walk where it was mainly uphill. That means they were at least 2 hours + behind us. We rested at sublime point for 10 or so minutes, enjoying the view. Then realising we have a train to catch at Austimer at 4:54pm. That gives us roughly 30 minutes to get to the station. Not an impossible task, but there is a steep climb to the bottom, and with 15 people together, it might take longer…

To get to Austimer station from sublime point requires you to go down through Austimer track head. This is steep. You’ll climb down ladders and many steps. There’s beautiful subtropical rainforest you’ll walk through, but you want to watch your step. Once you get out of the forest, you’ll have to walk through winding sealed road for about 1km. Once we got through all the ladders, we started running down because of timing. It was a bit dangerous in hindsight, but the adrenaline got to us and we didn’t want to miss the 4:54 train, otherwise we might need to wait another hour or 2.

Overall, we got great weather and the group of people I was with was awesome. The track is a grade 4 with few steep climbs and takes roughly 4-6 hours depending on fitness level.

The illawarra escarpment track offers amazing views and plenty of lookout point throughout the trek. You'll be walking through beautiful lush forest the whole way. There is only one steep hill to climb at the start. 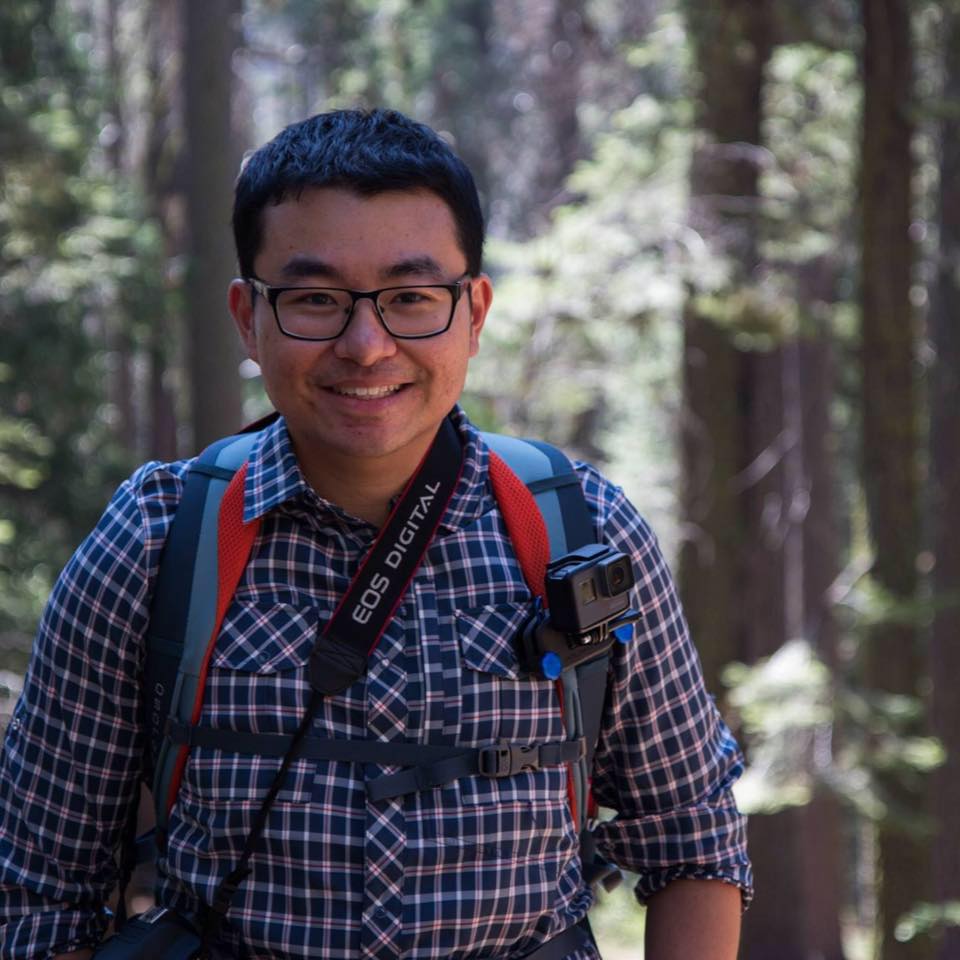 Hi everyone! I'm William Chow, 24 year old kid from Sydney, Australia. One of my many passion is hiking, bushwalking, camping and exploring nature so thanks for stopping by. Since I go hiking/bushwalking almost every weekend (and overnight camping now and then), I decided to dedicate a site (seperate from my personal blogging site) to share my adventures on every walk I do, and I hope you feel my passion in my blog enough to do some walks yourself!

You don’t have to be great to start, but you have to start to be great.